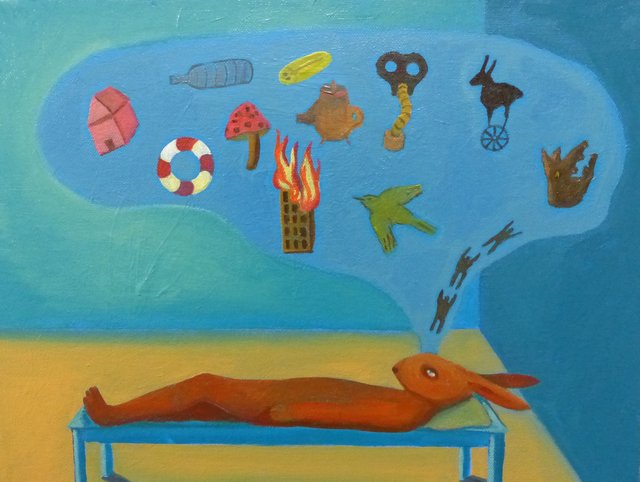 Art, according to French philosopher Claude Lévi-Strauss, lies halfway between science and myth. Regina artist Sylvia Ziemann’s solo exhibition of paintings and ink drawings, Accidental Utopia, at the Art Gallery of Regina until Feb. 23, inhabits this interstitial space more than most.

A key image is Traumdeutung, in which a vermilion bunnyman is stretched out flat on an exam table. A blue bubble filled with icons – a mushroom, a life preserver, a burning building, a string of leaping frogs – spurts from his forehead. Traumdeutung, or dream interpretation, is the book in which Sigmund Freud advances his theory of the unconscious. Painting and drawing are also a kind of interpretation that can reduce dreams and other unknowable things to representational form, making it possible to apprehend them at a glance, to holistically understand them. 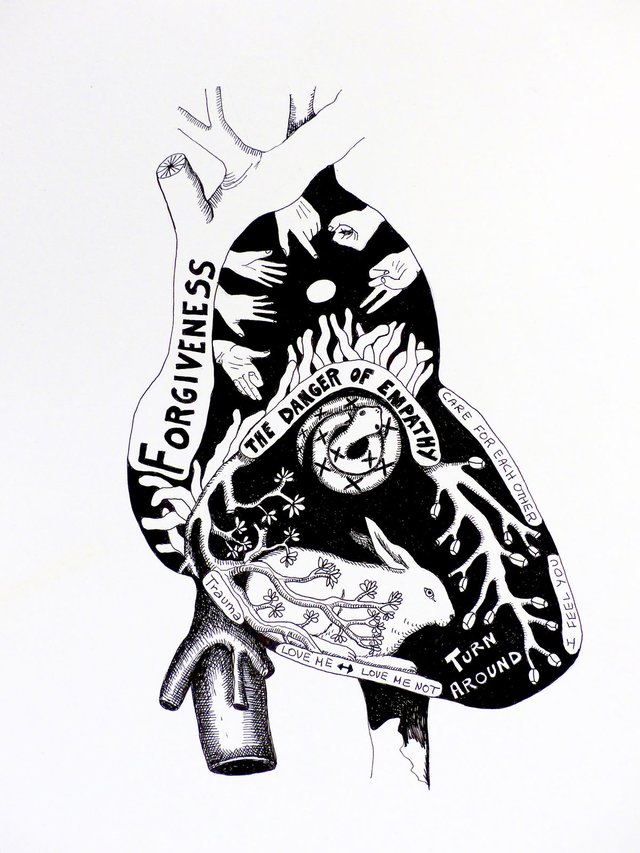 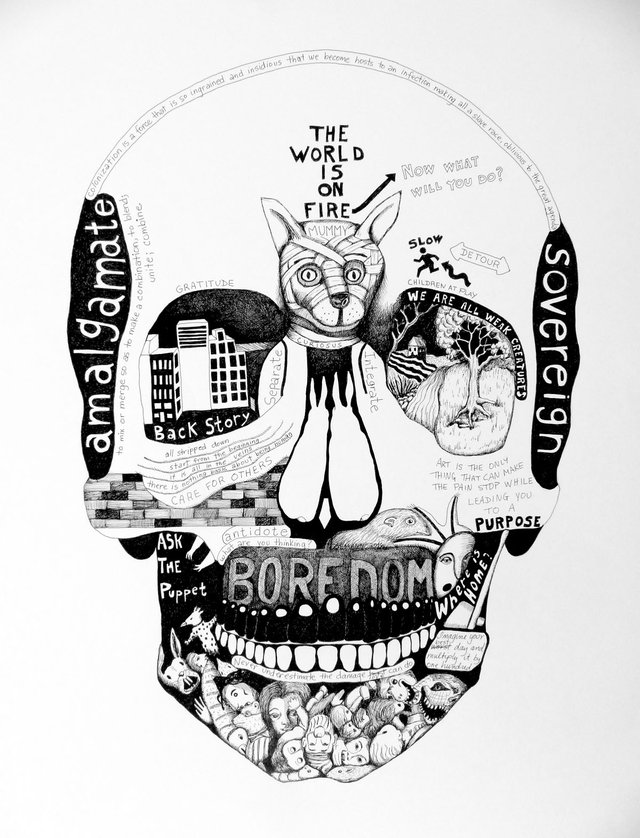 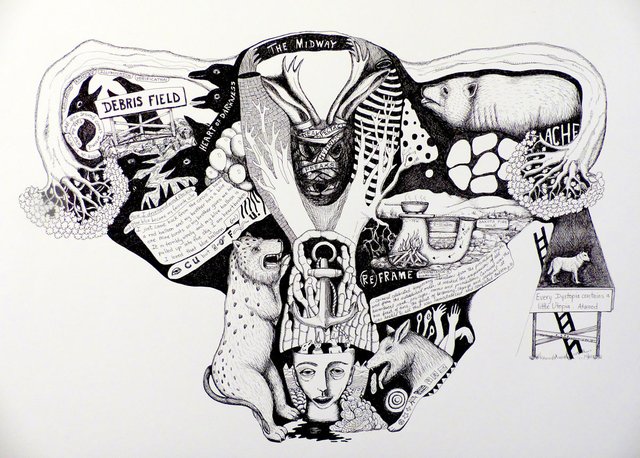 Lined up on one wall are intestines, lungs, a heart and a torso. Their bold black volumes dissolve on close inspection into inked lines as thin and meandering as hairs. The outlines of these body parts are stuffed with jumbled words and symbolic images that fit together like pieces of a jigsaw puzzle. One drawing contains a story titled “how I developed a wind phobia and how blue became my favourite colour,” about two balloons snatched from the narrator in childhood, while others are banded with lists of evocative words and phrases. The body is imagined as a receptacle brimming with thoughts, feelings, memories and dreams. 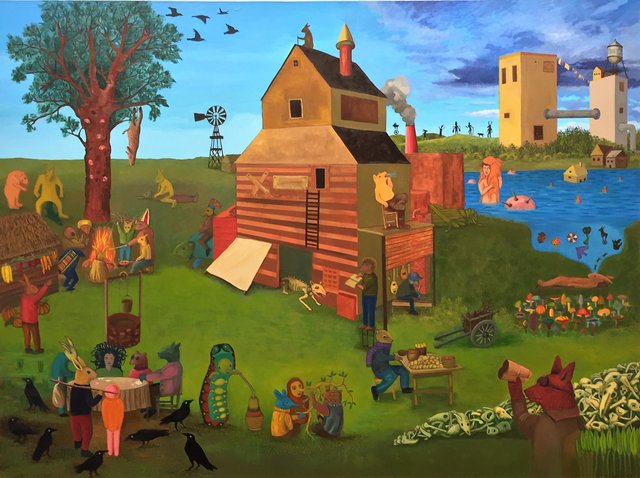 While many of these works focus on the complex symbolic logic of the unconscious, an aspirational dream is the subject of the eponymous work, Accidental Utopia. In contrast to the neat rows of drawings and clusters of small paintings, it’s a large six-by-eight-foot oil painting that occupies an entire wall. A woman with wild hair plays cards with a party of bipedal animals, while elsewhere a group gathers around a fire. Other animals are occupied with solitary activities. “Their society is non-hierarchical, and not burdened by racism and sexism, by capitalism or greed,” says the show’s literature. “After an unnamed disaster, citizens realize that survival depends upon experimentation, play and cooperation.” Despite these positive assertions, a corpse hangs in a tree. Bombs and a house float in the pond.

There are few humans in Ziemann’s world, perhaps because we can feel immense empathy with animals while avoiding the pain of self-identification. All the same, these chimeric creatures prompt self-examination. ■ 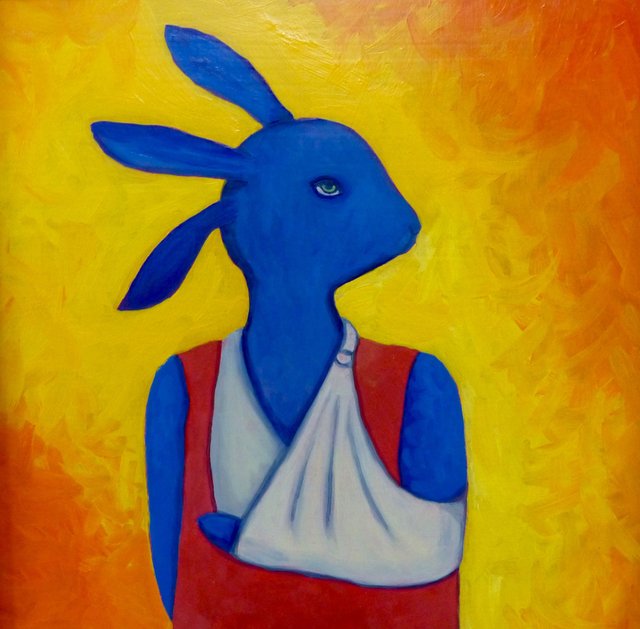 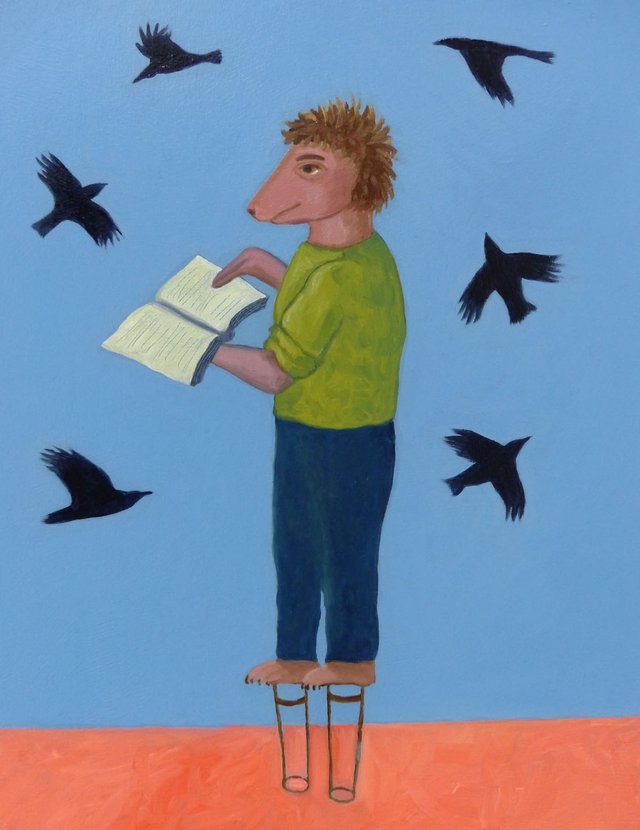 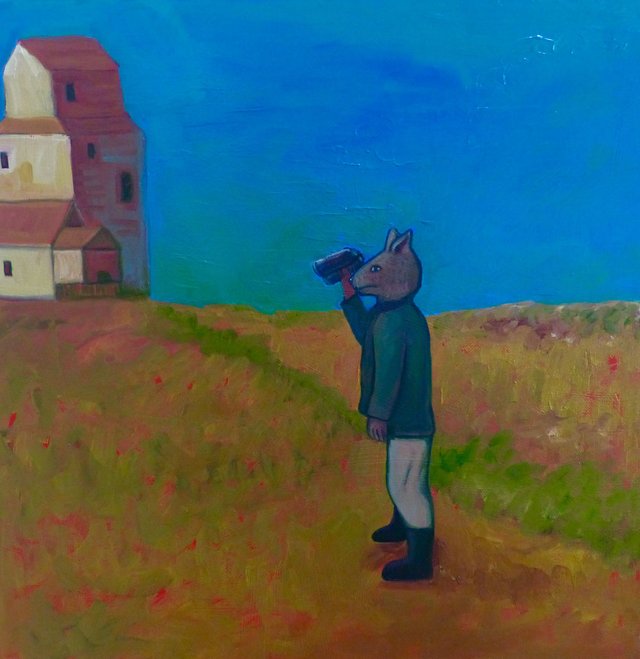 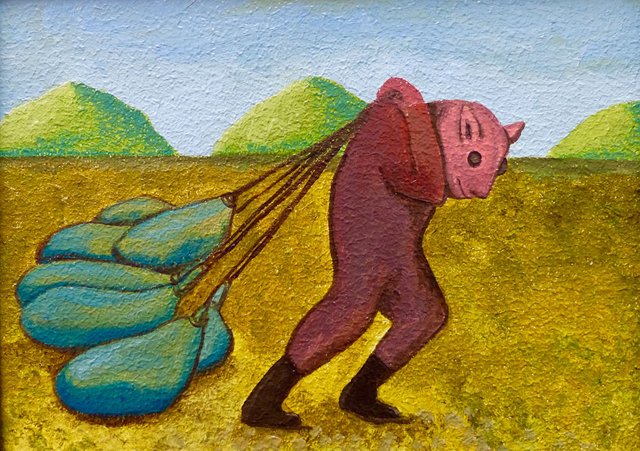