There is something about being and living in the Prairies that engenders a survivalist outlook. One only needs to look to Daniel Barrow’s Winnipeg Babysitter, a film mash up which included, among a host of enchantingly bizarre community television programming, the mid-1980s show, Survival, hosted by a group of friends including the then-unknown artist Guy Maddin. The premise of the show was based on mimicking a paramilitary survivalist gang anticipating an impending cataclysm. Balaclavas, bunkers, surveillance and active self-protection were vibrant enough topics for the six-year run of Survival, which over its course attracted a cult following that included a mix of those who laughed and those who believed. Combine the reality of existing in a palpable isolation from your neighbours (never mind the rest of the world) with being removed from an influx of travellers and strangers who bring in news and differing perspectives, then compound it with a media culture that feeds off fear and devastation, and the mentality of the Prairies could easily operate along a mode of survival.

Regina-based artist Sylvia Ziemann’s “Possible Worlds” exhibition certainly reinforces this notion of survivalism. As a series of intensely detailed maquettes of post-apocalyptic shelters, “Possible Worlds” traces a resourceful and hopeful perspective of what could occur if said cataclysm ever changed the way we live, most notably our dependence on oil. Referencing notions of a global energy crisis and collapsism through a post-oil, Mad Max aesthetic, Ziemann also employs audio and live video circuits to establish a sense of implied responsibility for her viewers. Creating a world whose reality relies solely on the prospect of our current earth’s imminent collapse, Ziemann channels this dooming and damning failure by humankind and projects an ingenious future filled with invention and wonder. 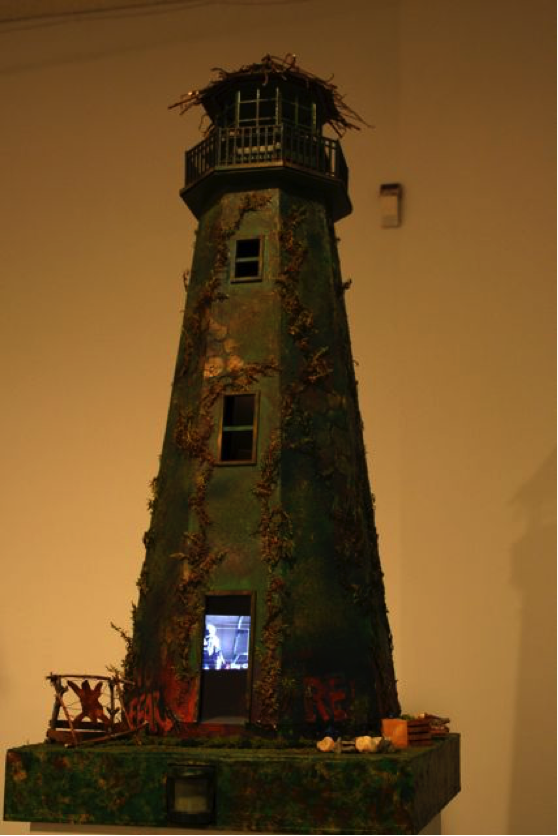 Localizing the sanctuaries to regions within Canada, with bunkers and shelters based either in the deserted Prairies, above water, or in inland British Columbia, Ziemann immerses her viewers into stand-alone terrains that also function pragmatically. While each model is fictional and based in fantasy, the detailing in the living quarters or the graffiti on the exterior of one surveillance fortress makes the reality of “Possible Worlds” entirely believable. This realism is underscored by a series of ink and watercolour drawings that elaborate the details of each compound in childlike intricacy. Conveying the serious precociousness of Eric Chase Anderson’s illustrations for coming-of-age films such as The Royal Tenenbaums and The Life Aquatic, great detail goes into explaining how these mini societies will purify water, filter air, supply a continuous food source and how each compound would be constructed. Fragile, dark, possibly serious and sublimely wondrous, Ziemann’s vision of “Possible Worlds” in the not-too-distant future pictures where humanity has failed and imagines joy where we might achieve again. 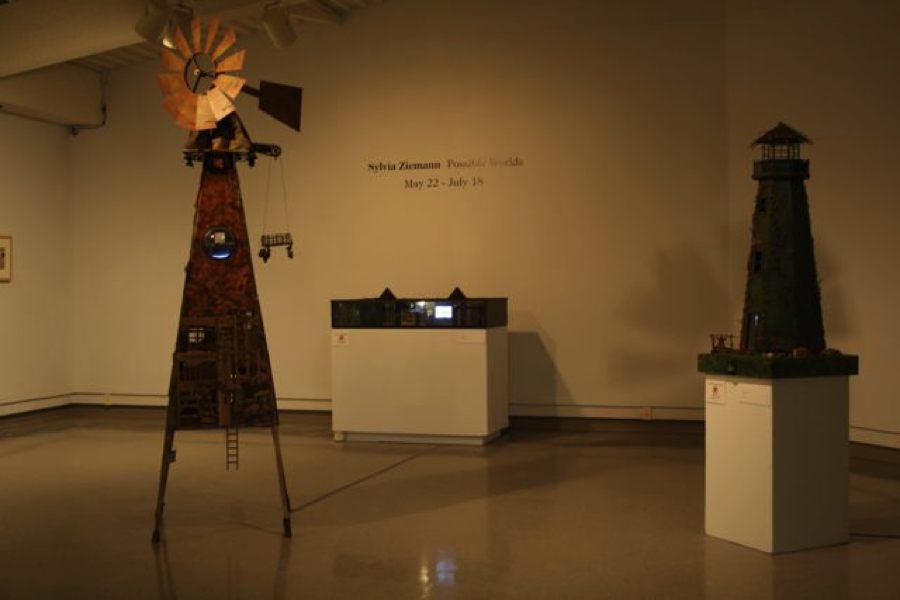